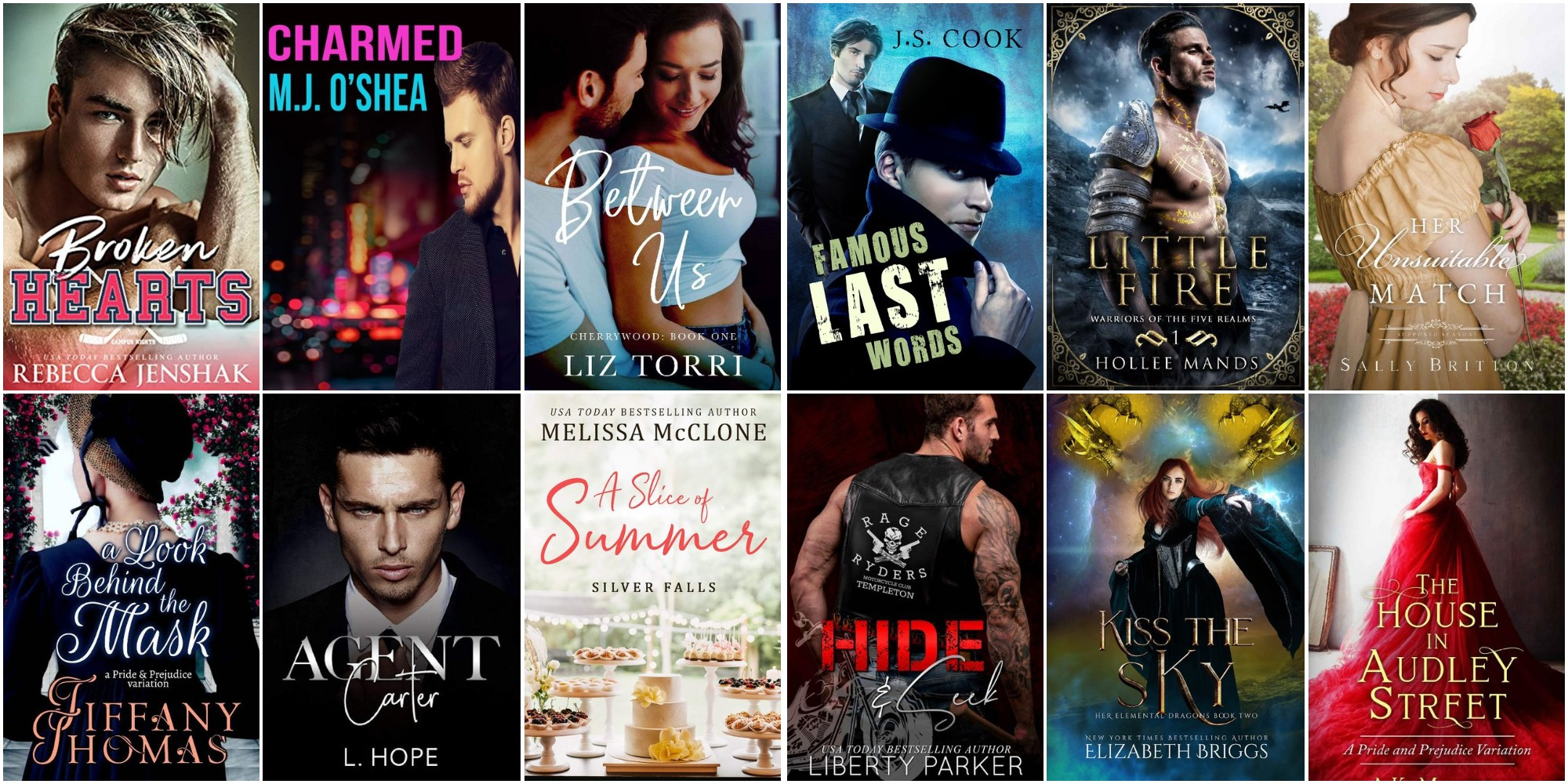 A Look Behind the Mask by Tiffany Thomas

A Slice of Summer by Melissa McClone

First, he ghosted her. Now, he has a proposition… Taryn Lawson needs more customers in her bakery to prove she’s capable of taking over the family business.

The Good Spy is Pulitzer Prize-winning biographer Kai Bird’s compelling portrait of the remarkable life and death of one of the most important operatives in CIA history – a man who, had he lived, might have helped heal the rift between Arabs and the West.

Alexis on Fire by Peter Both

Abel was single again. All he wanted was an excuse to drown his broken heart in alcohol. To forget about his previous boyfriend. But fate was waiting for him at the corner of a dark alley. He never thought love would find him again so soon.

Between Us by Liz Torri

Kate Cheated on, quit my job, and moved all in the same weekend to move eight hours away and start my dream job. I swore off men I was happy to exist on my brother’s ranch.

She’s a figure skater. He’s a hockey player. Things are about to heat up on the ice. Rhett Rauthruss is single for the first time in six years. He’s fresh off a long-term, long-distance relationship and ready to make the most of what’s left of college. Party with his boys, get to the Frozen Four with his team, and maybe play the field for a change.

It’s impossible to stop at just one taste… Arlo Vallerand is part witch, part fae, and a whole lot of never been good at settling down. He blows from town to town, hangs out for a while, and then takes off when he gets tired of wherever he’s been. It’s just how he is … well that and he’s really good at unintentionally putting spells on things.

Tales as old as time…reimagined. What if your favorite fairy tales…kicked some serious, urban fantasy ass?  Fueled by magic, steam, and scorching men, this MM romance anthology has just the thrill you’re looking for. 6 paranormal and urban fantasy authors. 6 fairy tales retold in modern day. 6 gorgeous couples to fall in love with.

When former Indiana farm boy William Henry Rider goes on a bank robbing spree in Benedict Fouts’s corner of Depression Era Illinois, it’s up to Ben to bring him in. But Rider is no ordinary criminal. Famed for robberies that happen in the blink of an eye, Rider becomes a folk hero who steals from the rich and burns the mortgage papers of poor farmers teetering on the edge of financial ruin.

Her Unsuitable Match by Sally Britton

Lady Philippa must wed to gain her fortune and freedom. A former soldier wants only peace and seclusion. Marriage to each other is their best solution. Lady Philippa Gillensford is three and twenty, an heiress, and sister to a penny-pinching earl.

You have good reason to be afraid. . . . It was a case that haunts Bobby Dodge to this day—the case that nearly killed him and changed his life forever. Now, in an underground chamber on the grounds of an abandoned Massachusetts mental hospital, the gruesome discovery of six mummified corpses resurrects his worst nightmare: the return of a killer he thought dead and buried.

Kiss The Sky by Elizabeth Briggs

To unlock her powers she must mate with four sexy dragon shifters. One down, three to go… I’m done hiding. I’ve stopped running. And I’ve finally accepted my destiny—to take four dragon shifters as my mates so I can become the next Black Dragon, the wielder of all the elements.

Meant To Be Gay by Lara Hale

I found a little notebook, but it isn’t the address book I was looking for. It’s a… it’s a journal. I kept a journal! I begin to read, and the first date goes back to less than three years ago—I read things that don’t make sense.

The House in Audley Street by A.K. Madison

Their life together stretches before them . . . Happily engaged, Elizabeth Bennet and Fitzwilliam Darcy await the next formality, the preparation and signing of their marriage articles. But on the eve of Darcy’s arrival at Longbourn with the contract, Elizabeth disappears on a Sunday walk.

The Weight of Honor by Kristine Allen

THE WEIGHT OF HONOR I’m Roman Prescott. As fifth generation Chicago PD and a member of the dedicated SWAT team, my life had no room for a relationship. I lived, breathed, and sh*t my career.

Too Many Secrets by Elouise R. East

For the past four years, Ford and Tyler have lived the life many could only ever dream of. There was only one thing casting a shadow over their happiness – the necessity of hiding their relationship from their dad.

When my husband went on a business trip, I never expected him to come back…different. He doesn’t know it, but I can see things: auras, monsters, good and bad. No one knows about my abilities.

Wrath of Justice by Eliza Whitten

I’m not the hero sent to save the world. I’m the villain, and I’m very good at my job. Justice isn’t only my name, it’s a way of life. On the run from my evil, psychotic father, I destroy the vile criminals of the world who slipped through the cracks of a broken system.