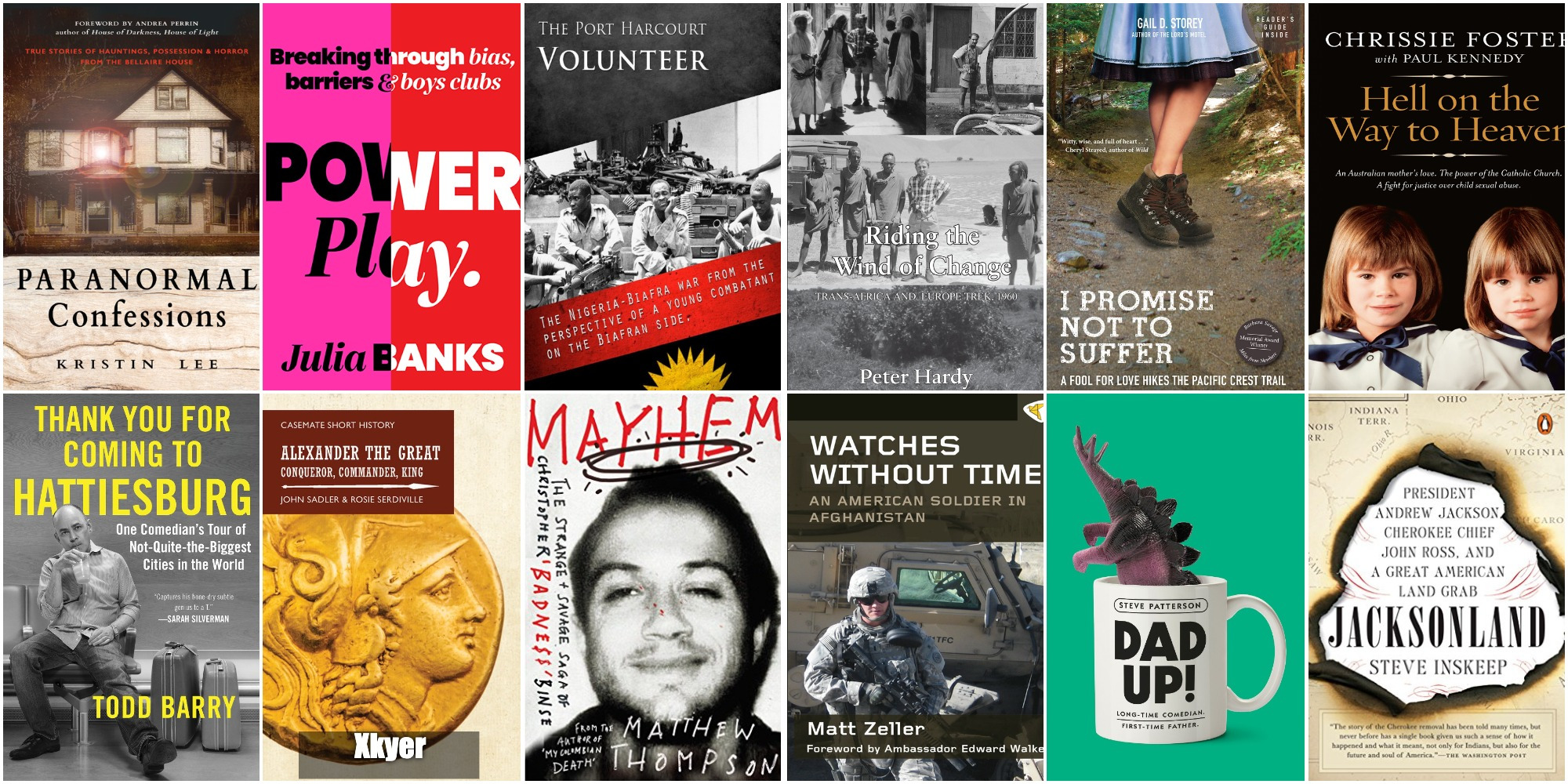 A global empire of financial services companies. Billions of dollars in assets and deposits. The savings and livelihoods of tens of thousands of clients and employees in countries all over the world – gone in the blink of an eye. Recognizing a “billion-dollar opportunity”, in early 2009 a group of Texas lawyers hatched one of the most diabolical con jobs in U.S. history.

Things I Don’t Want to Know by Deborah Levy

Watches Without Time by Matt Zeller

For eight months in 2008, U.S. Army Capt. Matt Zeller served as an embedded combat adviser with Afghan security forces in Ghazni, Afghanistan. Watches Without Time is a compilation of the emails he sent home to family and friends during that period—so that, as he writes in the Preface, “should anything have ever happened to me, they would know what I went through.

Hell On The Way To Heaven by Chrissie Foster

Chrissie and Anthony Foster were like any other young family, raising their three daughters in suburban Melbourne with what they hoped were the right values. Chrissie could not have known that the stranger-danger she feared actually lurked in the presbytery attached to the girls’ Catholic primary school.

Thank You for Coming to Hattiesburg by Todd Barry

From the veteran comedian and actor from The Wrestler and Louie comes a hilarious book of travel essays from his time on tour through secondary markets in the US, Canada, and Israel. Hello. It’s Todd Barry. Yes, the massively famous comedian. I have billions of fans all over the world, so I do my fair share of touring.

Riding the Wind of Change by Peter Hardy

After five years working in Southern Rhodesia, now Zimbabwe, and South Africa, I decided to return to London overland from Johannesburg, 9000 miles. Early in 1960 I hitchhiked with a Jewish friend to Nairobi, East Africa. From there I continued alone. David wanted to avoid the Moslem lands. From Uganda the Nile carried me to the Sudan, where primitive Nilotic people greeted me.

Power Play is an honest guide for women who aspire to leadership in the workplace and in the world, from the trailblazing Julia Banks. Julia Banks shocked Australia when in 2018 she announced she would stand as an independent MP, resigning from the Coalition Government’s Liberal Party, having experienced a toxic workplace culture in the country’s centre of power.

True stories of hauntings, possessions, and things that go bump in the night. Built in 1847 on the banks of the Ohio River, the Bellaire House is reputed to be one of the most haunted houses in America. Since the early twentieth century it has earned a reputation as a hotbed of paranormal activity, with reports of apparitions, curses, psychic assaults, and violence.

Mine Warfare by Andrew Ross

Mine warfare, in its various forms, is a favoured weapon used by insurgents against government forces. By June 1966, when the 1st Australian Task Force (1ATF) arrived in Phuoc Tuy Province, South Vietnam, the Viet Cong and People’s Army of Vietnam forces were well entrenched in the province and used mines extensively.

“A Gonzo portrait of the Mad Max of Supermax” Andrew Rule, author of Underbelly Meet BADNE$$. He’s the enigmatic, impulsive, exasperating, destructive, big-hearted Aussie outlaw who stole millions of dollars in daring bank robberies and became a folk hero as big as Ned Kelly when he masterminded two spectacular prison breaks in the space of six weeks. Now Christopher ‘BADNE$$’ Binse is serving a crushing 18 years in solitary.

I Promise Not to Suffer by Gail Storey

“Witty, wise, and full of heart, Gail Storey’s winning memoir of her hike on the Pacific Crest Trail at the age of fifty-six is a book for every one who ever dreamed of taking the road less traveled. I Promise Not to Suffer is as inspiring as it is hilarious, as poignant as it is smart. It’s one of those oh-please-don’t-let-it-end books.

An overview of Alexander’s life—from his early military exploits to the creation of his empire and the legacy left after his premature death. Alexander was perhaps the greatest conquering general in history.

Dad Up! by Steve Patterson

With humour and heart, comedian and host Steve Patterson explores the trials and tribulations of being a parent today, while also reflecting on his own childhood and how his parents “prepared” him for being a father. It all started the day Scarlett Sharon Patterson came into the world and Steve Patterson became a father at the age of forty-three (yes, he knows he’s a procrastinator).

Commodore the Inside Story by David John Pleasance

Commodore the Inside Story contains David’s personal stories and experiences gathered from over a decade at the company in senior positions all over the globe. It also gather insights from other senior management and engineering employees, suppliers and fans of this former giant of home computing.

Clough and Revie by Roger Hermiston

Don Revie and Brian Clough were born a brisk walk away from each other in Middlesbrough, in 1927 and 1935 respectively. They were brought up in a town ravaged by the Depression and went on to become highly successful professional footballers. Then, as young managers, they both took clubs languishing in the doldrums (Leeds United and Derby County) and moulded them into championship winners.

Clouds from Both Sides by Julie Tullis

‘If I could choose a place to die, it would be in the mountains.’ Clouds from Both Sides is the autobiography of Julie Tullis, the first British woman to climb an 8,000-metre peak – Broad Peak – and the first to reach the summit of K2, the world’s second-highest mountain.

Catherine the Great by Virginia Rounding

A Year in Paradise by Floyd Schmoe

* An eloquently written story, laced with appreciations of the region’s natural history * Includes historic photographs In midwinter 1920, Floyd Schmoe and his bride struggled up Mount Rainier on snowshoes on a long-delayed honeymoon. As the new caretakers at Paradise Inn, they would be alone in a towering world of snow and ice and incomparable beauty, until the plows arrived to free them on the fourth of July.

Black in the Middle by Terrion L. Williamson

Black Americans have been among the hardest hit by the rapid deindustrialization and accompanying economic decline that have become so synonymous with the Midwest.