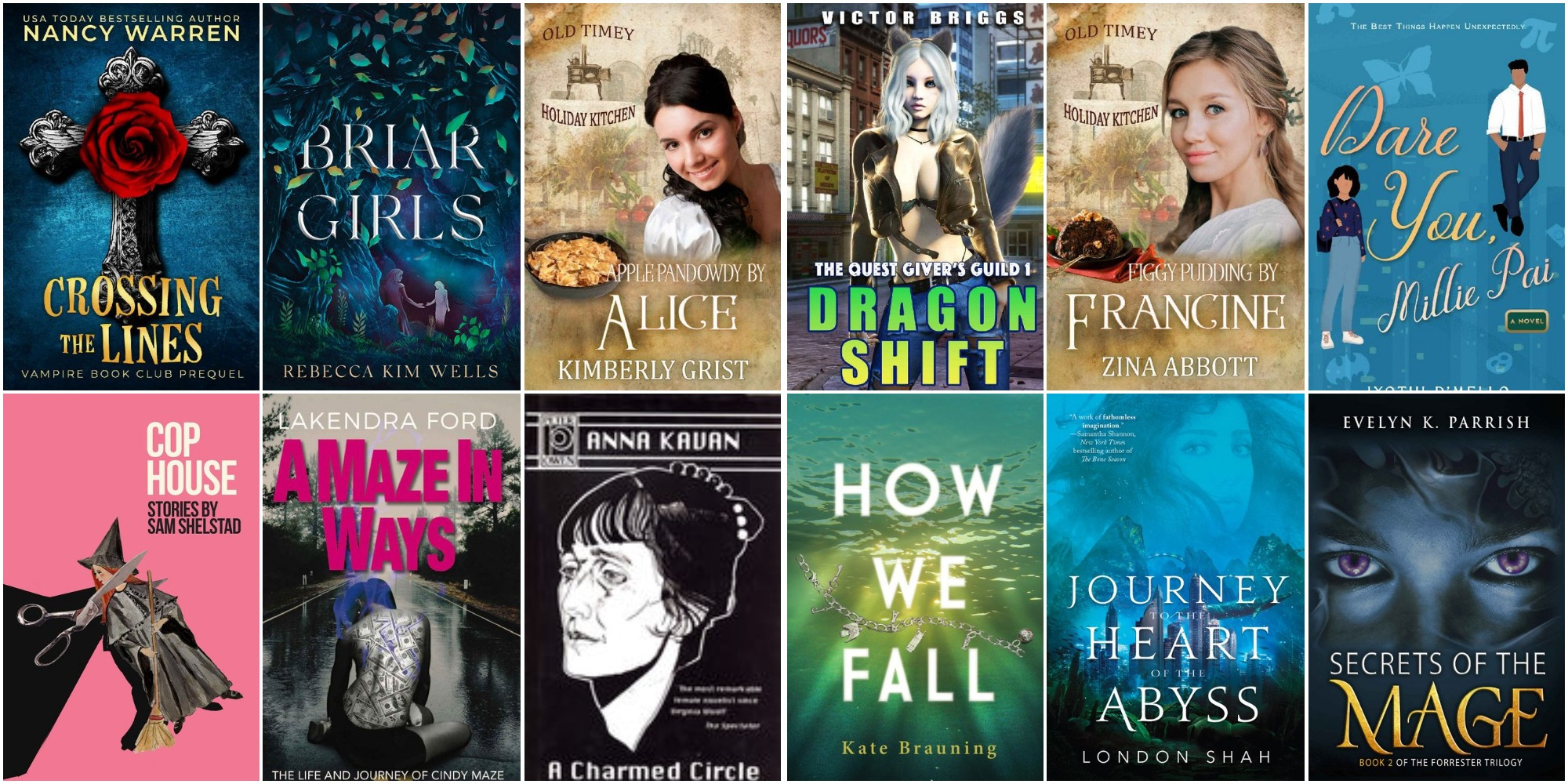 A Charmed Circle by Anna Kavan

A Maze in Ways by Lakendra Ford

Sold into sex trafficking, Cindy had only a memory of who she once was to survive. Threatened by a life that wished to consume her, determination led Cindy toward a series of desperate and dangerous …

Alice Connelly agrees to participate in a new matchmaking project organized by her pastor and the orphanage’s matron. She can find no peace accepting a role as a mail-order bride and, instead, becomes the first volunteer to accept a job in a local restaurant and relocate to Carrie Town, Texas.

The Cruel Prince meets A Curse So Dark and Lonely in this epic reimagining of “The Sleeping Beauty” that follows a teen girl on a quest to wake a sleeping princess in an enchanted forest, while searching for the truth behind her own deadly curse.Lena has a secret: the touch of her skin can kill.

Cop House is a short story collection about people desperately trying to recapture—or replace—the things they’ve lost. There are secret vacations, library book fetishes, women who participate in “fully-clothed, free-form touching and explorative play experiences” in exchange for protection from teenage vandals, and a doomsday cult operating out of an aquatic centre.

Crossing the Lines by Nancy Warren

How We Fall by Kate Brauning

Ever since Jackie moved to her uncle’s sleepy farming town, she’s been flirting way too much—and with her own cousin, Marcus. Her friendship with him has turned into something she can’t control, and he’s the reason Jackie lost track of her best friend, Ellie, who left for…no one knows where. Now Ellie has been missing for months, and the police, fearing the worst, are searching for her body.

Journey to the Heart of the Abyss by London Shah

The sequel to London Shah’s thrilling futuristic mystery The Light at the Bottom of the World, perfect for fans of Illuminae and These Broken Stars Leyla McQueen has finally reunited with her father after breaking him out of the illegal government prison, Broadmoor—but freedom comes at a terrible cost.

My Ántonia Annotated by Willa Cather

My Ántonia (first published 1918) is considered the greatest novel by American writer Willa Cather. My Ántonia — pronounced with the accent on the first syllable of “Ántonia” — is the final book of the “prairie trilogy” of novels by Cather, a list that also includes O Pioneers! and The Song of the Lark.My Ántonia tells the stories of several immigrant families who move out to rural Nebraska to start new lives in America, with a particular focus on a Bohemian family, the Shimerdas, whose eldest daughter is named Ántonia.

Rebels of Mindanao by Tom Anthony

Al Qaeda terrorists are spreading silently throughout the globe wreaking violence on all who oppose them. Their newest target: the small Philippine island of Mindanao. On the brink of civil war, success in Mindanao would trigger a chain reaction across the pacific threatening democracy and peace around the globe.

Secrets of the Mage by Evelyn K Parrish

Edward Scissorhands meets When the Moon Was Ours in this enchanting, lushly romantic novel about two teen sisters who fight to protect the mysterious stranger who literally fell from the stars and into their backyard. Strange things have always happened in the small town of Darling…And yet Delta Wildling and her sister Bee are familiar with the peculiar. Raised by an eccentric father always on the hunt for the spectacular, they’re used to following weather patterns that twirl onto strange paths, a car that refuses to play any artist but one, and living in a house that sits somewhere between Darling and Iceland.

The Alliance by June Leung

The Better Mother by Ella King

The Billionaire Scrooge Next Door by Olivia Hayle

The Day of the Ferret by Michael Woodman

The Scandal of Mercy by Dan Walsh

The Song of the Lark Annotated by Willa Cather

The Time Trap by Dennis Tucker

The Untethered by S W Southwick

The Year I Stopped Trying by Katie Heaney

Booksmart meets The Perks of Being a Wallflower in this novel of overachieving, existential crises, growing up, and coming out, from the author of Girl Crushed and Never Have I Ever. Mary is having an existential crisis. She’s a good student, she never gets in trouble, and she is searching for the meaning of life.

A newspaperman investigates the strange case of a murdered society clown Howie Rook does not care for the police. After a long career in newspapers, he has seen too many cases loused up by unimaginative detectives to have any faith in by-the-book investigation.