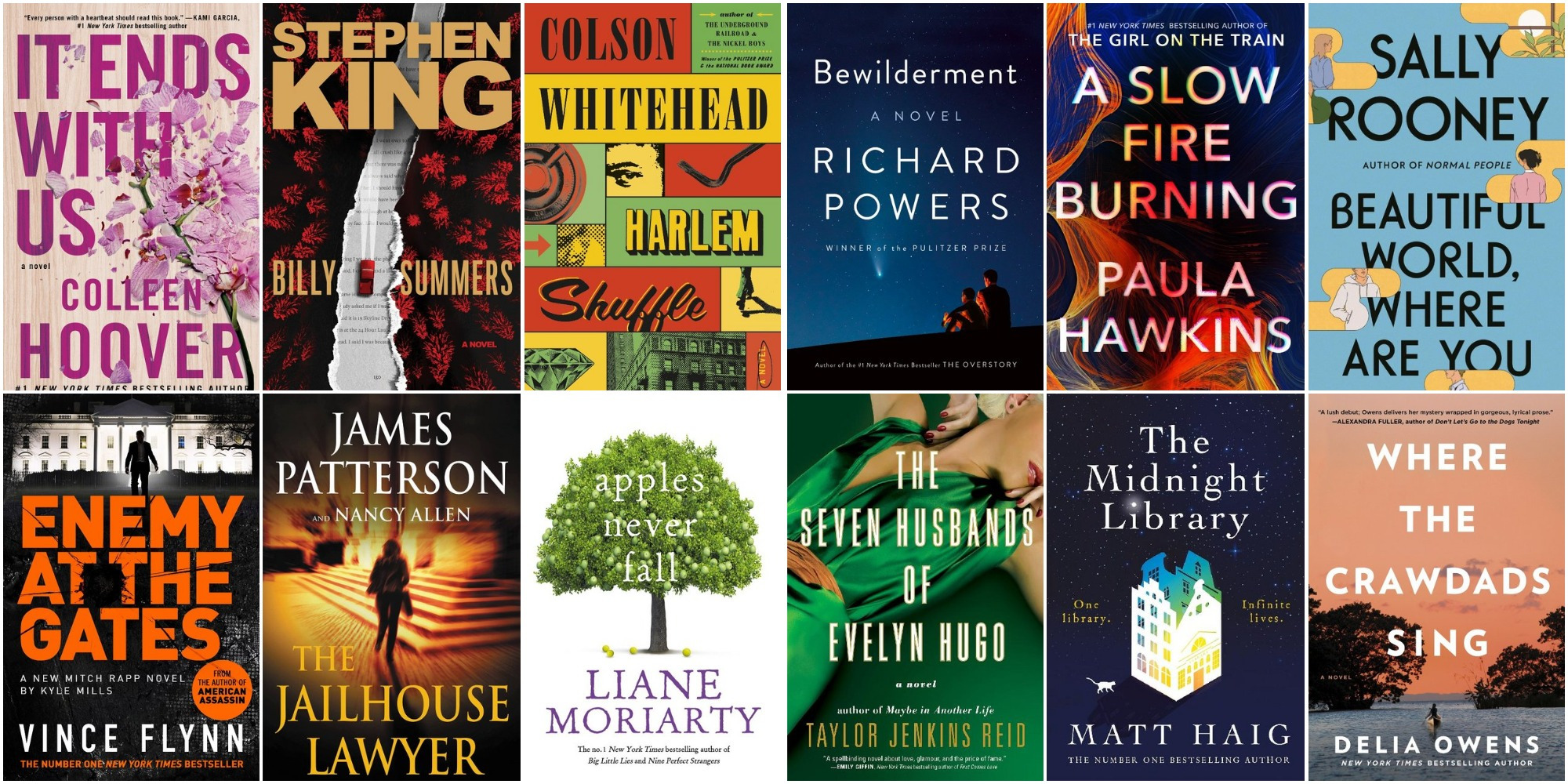 Authoritatively ranked lists of books sold in the United States, sorted by format and genre. In this case we assorted The New York Times Best Sellers Fiction – October 10, 2021

Three women come under scrutiny when a young man is found gruesomely murdered in a London houseboat.

The Delaney siblings suspect their father of causing the disappearance of their mother.

BEAUTIFUL WORLD, WHERE ARE YOU by Sally Rooney

A novelist, a warehouse worker, an editorial assistant and a political adviser deal with changes.

An astrobiologist and single father learns of a neurofeedback treatment that may improve his son’s emotional control.

A killer for hire who only takes out bad guys seeks redemption as he does one final job.

DAUGHTER OF THE MORNING STAR by Craig Johnson

Ray Carney, a family man who sells furniture on 125th Street, gets a new clientele made up of vicious and unsavory characters.

IT ENDS WITH US by Colleen Hoover

A battered wife raised in a violent home attempts to halt the cycle of abuse.

THE JAILHOUSE LAWYER by James Patterson and Nancy Allen

A young lawyer winds up in an Alabama jail that remains mysteriously crowded.

THE LAST THING HE TOLD ME by Laura Dave

Hannah Hall discovers truths about her missing husband and bonds with his daughter from a previous relationship.

THE MIDNIGHT LIBRARY by Matt Haig

Nora Seed finds a library beyond the edge of the universe that contains books with multiple possibilities of the lives one could have lived.

THE SEVEN HUSBANDS OF EVELYN HUGO by Taylor Jenkins Reid

A movie icon recounts stories of her loves and career to a struggling magazine writer.

UNDER THE WHISPERING DOOR by TJ Klune

When given seven days to cross over, Wallace tries to pack in a lifetime’s worth of living in that week.

VINCE FLYNN ENEMY AT THE GATES by Kyle Mills

Anthony Cook, an autocratic president, distrusts Mitch Rapp, who is working to uncover a traitor.

WHERE THE CRAWDADS SING by Delia Owens

In a quiet town on the North Carolina coast in 1969, a young woman who survived alone in the marsh becomes a murder suspect.