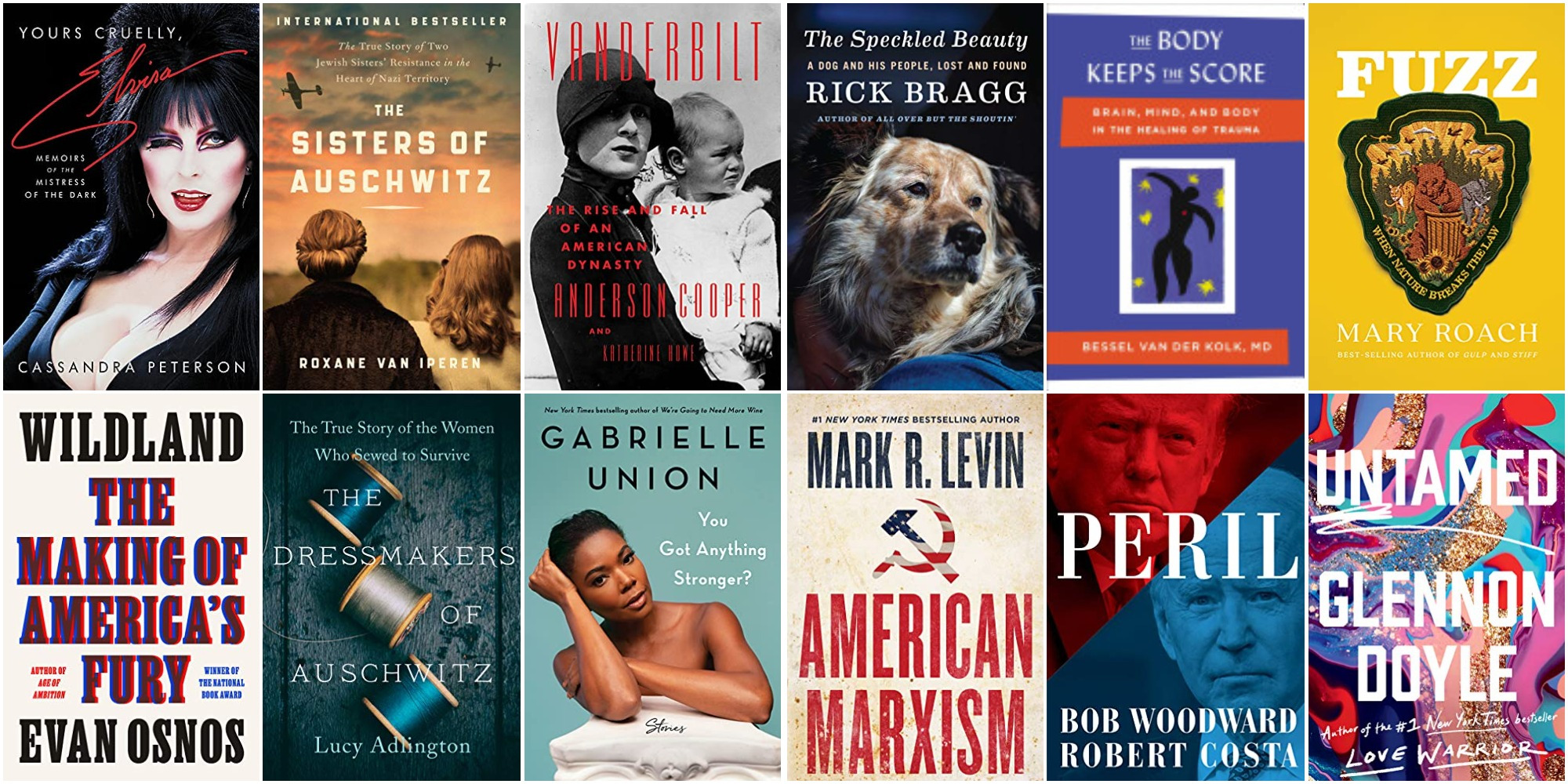 Authoritatively ranked lists of books sold in the United States, sorted by format and genre. In this case we assorted The New York Times Best Sellers Non-Fiction – October 3, 2021

A botanist and member of the Citizen Potawatomi Nation espouses having an understanding and appreciation of plants and animals.

The intelligence gathering, security strategizing and military planning during the final eight months of the pursuit of Osama bin Laden.

An exploration of disciplinary actions and preventative measures occuring at the intersection of human behavior and wildlife biology.

The Washington Post journalists detail the dangers and challenges during the transition to the Biden presidency.

THE BODY KEEPS THE SCORE by Bessel van der Kolk

How trauma affects the body and mind, and innovative treatments for recovery.

THE DRESSMAKERS OF AUSCHWITZ by Lucy Adlington

THE SISTERS OF AUSCHWITZ by Roxane van Iperen

Janny and Lien Brilleslijper from Amsterdam were sent by train to Auschwitz when the Jewish safehouse they created in the woods was discovered.

THE SPECKLED BEAUTY by Rick Bragg

The Pulitzer Prize-winning author recounts the impact an ill-behaved stray dog had on him during an uncertain time.

The former F.D.A. commissioner assesses America’s Covid-19 response and prescribes ways to prepare for other pandemics.

The activist and public speaker describes her journey of listening to her inner voice.

The CNN host and descendant of the Vanderbilt family charts the rise and fall of this American dynasty.

The National Book Award and Pulitzer Prize winner examines the shifts in American culture and politics by visiting three cities in which he has lived.

The actress shares some of the challenges and changes she has faced in recent years.

YOURS CRUELLY, ELVIRA by Cassandra Peterson

The actress details the moments from her life and career that shaped the creation of her character Elvira, Mistress of the Dark.